Born in 1951 in Cannes, Georges Autard began to express himself through painting in 1975.
He lives and creates in Marseille. A mathematician by training, the artist borrows from the language of his discipline an iconography of signs and forms and develops a concrete relationship with the blackboard. A gestural painter, he is part of the abstract expressionist movement. Close to graffiti by its rhythmic narrative expression and its slogans shouted in a fluorescent shock, the painting of Georges Autard releases a stimulating spirituality.
In the 1990s, he explored the high places of Tibetan and Zen Buddhism and associated this
spiritual dimension with his artistic and musical references emblematic of the twentieth century: Picasso, Beuys, Bob Dylan or the Dalai Lama. Almost of the order of ritual, his multiple references are anchored in his work process where he extracts his statements.
The works of Georges Autard are present in French public collections (Fond National d’art contemporain de Paris, Musée d’art moderne et contemporain de Nice, Musée Cantini, Musée d’art contemporain de Marseille, numerous Fonds régionaux d’art contemporain…) and international public collections (Musée d’art contemporain de Montréal in Canada, Musée Ludwig de Cologne in Germany, Institut de France de Naples in Italy…) as well as in
numerous private collections 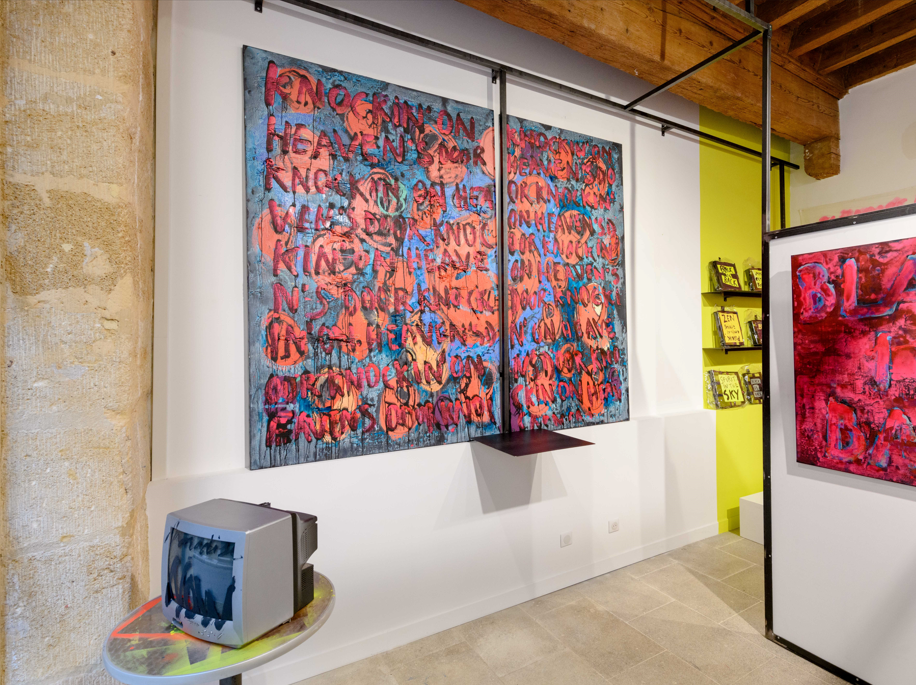